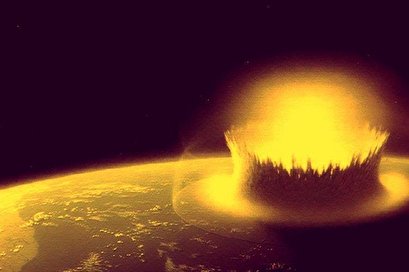 TEHRAN, Young Journalists Club (YJC) -At some point in the earliest days of the solar system, the largest planets began moving from the inner to the outer solar system. Scientists don't know why it happened -- only that it did. The migration sent protoplanets, comets and asteroids flying in all directions, and meteorites rained down on Earth, as a result.

"We know that giant planet migration must have taken place in order to explain the current orbital structure of the outer solar system," Stephen Mojzsis, geologist at the University of Colorado, said in a news release. "But until this study, nobody knew when it happened."

The rocks brought back from the moon by the Apollo missions were dated to 3.9 billion years old, several hundred million years younger than the moon itself. Scientists theorized that cataclysmic period of comet and asteroid impacts was experienced by Earth and its moon during this time period. Not everyone agreed.

The latest research suggests the moon rocks collected by the Apollo astronauts are biased.

"It turns out that the part of the moon we landed on is very unusual," Mojzsis said. "It is strongly affected by one big impact, the Imbrium Basin, that is about 3.9 billion years old and affects nearly everything we sampled."

For the new study, scientists surveyed dozens of meteorite rocks from across Earth.

"The surfaces of the inner planets have been extensively reworked both by impacts and indigenous events until about 4 billion years ago," said Ramon Brasser, researcher at the Earth-Life Science Institute in Tokyo. "The same is not true for the asteroids. Their record goes back much further."

The new survey -- published this week in the Astrophysical Journal -- showed the timeline offered by dated meteorite samples ends at 4.5 billion years ago.

Because violent impacts can melt rocks and reset their radioactive ages, scientists hypothesized that the solar system experienced a major bombardment 4.48 billion years ago. The period of chaos was most likely triggered by the giant planet migration, the new study suggests.