U.S. obesity epidemic may be causing cancer rates to rise

TEHRAN, August 15 -Since the turn of the century, American obesity rates have skyrocketed. And now a new study indicates that as the nation's waistlines expand, cancers long linked to obesity are striking the middle-aged more than ever before. 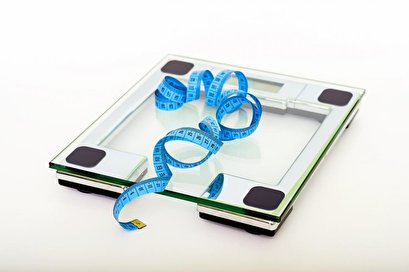 TEHRAN, Young Journalists Club (YJC) -The finding follows a review of data on more than 6 million white, black and Hispanic cancer patients diagnosed between 2000 and 2016.

The upshot: Across all races, men and women between the ages of 50 and 64 now face a greater risk of developing obesity-associated cancers than in the past, compared with their younger and older peers.

Why? "Cancer is not a light switch," said study author Dr. Nathan Berger, a professor of experimental medicine with Case Comprehensive Cancer Center at Case Western Reserve University School of Medicine in Cleveland. "The development of cancer from mutation to diagnosis is a 10- to 20-year process," roughly the time it takes for a young obese person to reach middle age.

"And for many types of cancer, that process is definitely accelerated by obesity," Berger added. "Basically, what we think is happening is that people who in the past would have developed cancer in their late 60s or 70s are now showing up with cancer in their 50s and 60s."

In the report, published online Aug. 14 in JAMA Network Open, Berger and his colleagues pointed out that American obesity rates shot way up between 1988 and 2016.

At the same time, another 2014 CDC analysis found that 40 percent of all diagnosed cancers were linked to being overweight or obese.

That doesn't surprise Dr. Howard Burris, president of the American Society of Clinical Oncology. "The connection between obesity and cancer has been talked about for years," he said, likely driven by chronic inflammation and factors such as smoking and drinking, which often go hand-in-hand with excess weight.

For the study, Berger and his team tracked shifting trends for all obesity-linked cancers, alongside cancers not linked to obesity.

During the study period, obesity-linked cancer rates shot up dramatically among the 50 to 64 set, rising anywhere from 25 percent among white women to nearly 200 percent among Hispanic men. But those rates did not rise as significantly among those aged 20 and 49, and actually dropped among seniors aged 65 and up.