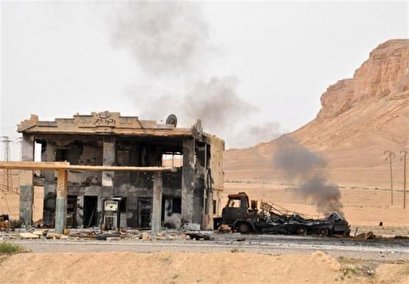 TEHRAN, Young Journalists Club (YJC) - Over the past week, the army forces have advanced on the southern edges of Idlib province, controlled by terrorist group Hayat Tahrir al-Sham (HTS).

On Thursday, the army troops stood just three kilometers away from the key town of Khan Sheikhun, after capturing five villages to its northwest overnight, said the so-called Syrian Observatory for Human Rights.

The town lies on a key highway coveted by the regime.

The road in question runs through Idlib, connecting Damascus with the northern city of Aleppo, which was retaken by the Army from terrorists in December 2016.

"The aim of the advance is to surround Khan Sheikhun and reach the highway," Observatory head Rami Abdul Rahman told AFP.

The areas are located in a planned buffer zone, which surrounds Idlib and also parts of the adjacent provinces of Aleppo and Hama.

Under a deal reached following a meeting between Turkish President Recep Tayyip Erdogan and his Russian counterpart Vladimir Putin in September, all militants should have withdrawn from the demilitarization zone by October 15.

However, al-Qaeda-linked Takfiri terrorists, including HTS, said they refuse to either leave the buffer zone or hand over their weapons.