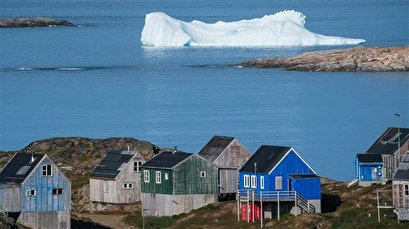 TEHRAN, Young Journalists Club (YJC) -Speaking to reporters on Sunday, Trump said that since Greenland is “hurting” Denmark economically, it would be nice for the United States to buy it.

Greenland, which is a self-ruling part of Denmark located between the North Atlantic and Arctic oceans, is dependent on Denmark’s economic support.

"Essentially it’s a large real estate deal. A lot of things can be done. It’s hurting Denmark very badly because they're losing almost $700 million a year carrying it," Trump said outside Marine One after landing in Morristown, N.J. "So, they carry it at great loss, and strategically for the United States, it would be nice. And, we're a big ally of Denmark and we help Denmark, and we protect Denmark."

The president, who is scheduled to visit Denmark in September as part of a trip to Europe, also said that he might visit Greenland in the near future, but dismissed the idea as a top priority.

"I’m thinking about going there. I’m not necessarily, definitely going there, but I may be going. We're going to Poland and then we may be going to Denmark -- not for this reason at all, but we're looking at it," he said. "It’s not number one on the burner."

Trump’s idea of buying the world’s largest island caused widespread international hilarity, but at the same time provoked criticism in Denmark and Greenland.

Earlier in the week, foreign affairs spokesman for the Danish People’s Party, Soren Espersen, told broadcaster DR, “If he is truly contemplating this, then this is final proof, that he has gone mad.”

“The thought of Denmark selling 50,000 citizens to the United States is completely ridiculous,” he said.

"It’s an interesting story. It's developing. We're looking at it, we don’t know," Kudlow said.