TEHRAN, August 19 -The yuan wavered on Monday after U.S. President Donald Trump said he was not ready yet to make a trade with China. 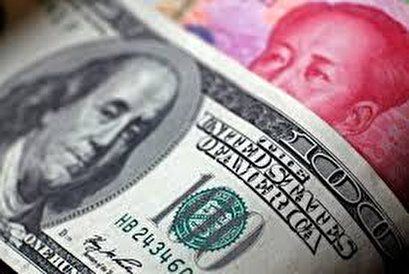 TEHRAN, Young Journalists Club (YJC) -Traders were also cautious ahead of the debut of China’s new benchmark lending rate on Tuesday, which was announced at the weekend.

Analysts believe the reforms will open the door to rate cuts, possibly as early as Tuesday, but are divided over the size of any initial reduction and how much it may help struggling smaller companies in the near term.

Spot yuan CNY=CFXS traded at 7.0447 per dollar at midday, pretty much unchanged from the last session close and 0.12 percent away weaker than the midpoint CNY=PBOC, which was set by the People's Bank of China at 7.0365.

The central bank on Saturday unveiled long-awaited interest rate reforms to help lower borrowing costs for companies and support slowing growth, which has been dragged by its protracted trade war with the United States.

The revamped loan prime rate (LPR), effective on Tuesday and linked to rates in medium-term lending facility (MLF), is the equivalent of a 45 basis point rate cut on loans, ANZ analysts wrote in a note on Monday. Several traders said they expect the new LPR to trim by 10 to 15 basis points.

The tweak will help achieve the State Council’s goal of easing financing costs for small businesses by 1 percentage point, but tax cuts will also shoulder part of that, according to a Shanghai-based trader.

“We need to hear more about the supplementary measures,” to gauge how far LPR and MLF rates will fall, said another trader in Shanghai.

However, unlike more open markets such as the United States, China’s capital control will likely cap the pressure from lower interest rates on its managed currency, said a Hong Kong-based trader, adding “it will trade where the PBOC wants it to be.”

Traders said the U.S.-China trade talks will continue to dominate the yuan’s direction in the near term.

White House economic adviser Larry Kudlow said on Sunday trade officials from the two countries would speak within 10 days and a Chinese delegation is flying to the United States to follow up.

But Trump said on the same day he is “not ready” for a deal with Beijing, hinting again that he would like to ongoing protests in Hong Kong resolved first.

Trump also said he would not like to deal with Huawei Technologies Co Ltd - even after Reuters and other media outlets reported on Friday the U.S. Commerce Department is expected to extend a reprieve for the company to buy supplies from U.S. companies.

The offshore yuan CNH=D3 was trading 0.14 percent softer than the onshore spot at 7.0545 per dollar.