Iran warns US against seizure of oil tanker

TEHRAN, August 19 - Iranian Foreign Ministry Spokesman Seyed Abbas Mousavi said the country has warned the US government against the harsh consequences of seizure of an Iranian oil tanker that was recently released in Gibraltar despite a US request to continue its detention. 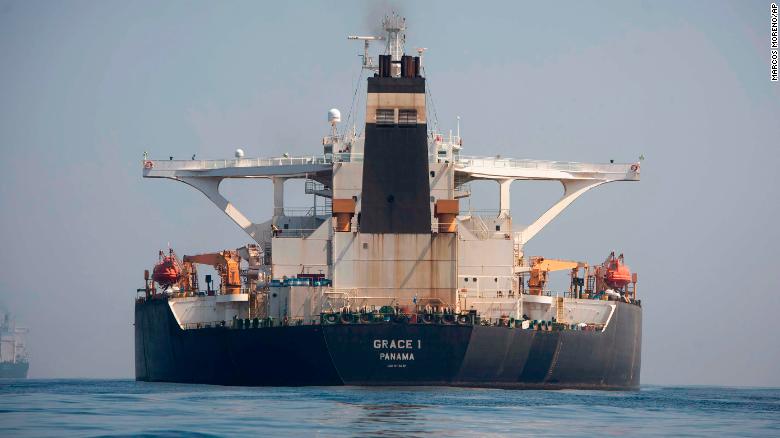 TEHRAN, Young Journalists Club (YJC) - “The US request for the continued detention (of the supertanker) is illegal,” Mousavi told reporters during his weekly press conference in Tehran on Monday.

“Despite that wrong move by Gibraltar, the rejection of the US request by both Gibraltar and Brazil indicates that (the US is not obeyed any longer) and that bullying has no place in today's world,” he added.

“We hope that countries will respond to US unilateral sanctions in a law-abiding way and will not accept them because the sanctions have no basis,” the spokesman went on to say.

Mousavi further pointed to the possibility of the seizure of the oil tanker by the US and said, “If this is done or even stated, it is a threat to free shipping.”

“Through its official channels, and especially the Swiss embassy (in Tehran), Iran has warned US officials not to make the mistake because they would face bad consequences,” he said.

On Sunday, Commander of the Iranian Navy Rear Admiral Hossein Khanzadi had said that his forces are ready to be dispatched to escort the Iranian oil tanker.

The authorities in Gibraltar on Thursday released the Iranian vessel, Grace 1 (now known as Adrian Darya), defying a US request hours earlier to seize the ship. They also released the ship’s crew from detention.

On July 4, the British Royal Marines seized the giant Iranian oil tanker in Gibraltar for trying to take oil to Syria allegedly in violation of EU sanctions.

Tehran maintained that the supertanker was not bound for Syria and its seizure has taken place at the behest of the US.

Iran’s Foreign Ministry had summoned the British envoy to Tehran several times in protest at the UK navy’s move.

Iranian President Hassan Rouhani had warned London that it will definitely pay the price for the illegal seizure of Grace 1 in international waters.