TEHRAN, August 20 - Russian President Vladimir Putin says there is no threat from an explosion at a secretive naval weapons testing range that has prompted international concern about radiation leaks. 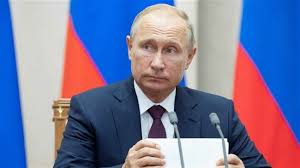 TEHRAN, Young Journalists Club (YJC) - Putin said Monday in France that experts sent to the site on the White Sea are "controlling the situation" and no "serious changes" have been reported.

But he also said that "measures are being taken to ensure that there is nothing unexpected" after the Aug. 8 incident in the Arkhangelsk region. He didn't elaborate on those measures, or what the experts are measuring or finding.

He said those helping deal with the accident will get state medals.