TEHRAN, August 20 - The Italian prime minister, Giuseppe Conte, is widely expected to resign after delivering a blistering attack against Matteo Salvini, the leader of the far-right League. 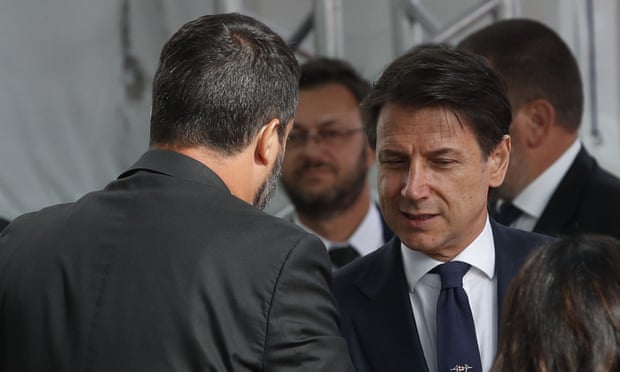 TEHRAN, Young Journalists Club (YJC) - Conte, a law professor who was plucked from obscurity last year to steer the coalition between Salvini’s League and the anti-establishment Five Star Movement (M5S), will address the senate at 3pm local time (1400 GMT) on Tuesday, almost two weeks after Salvini called to end the partnership and move to fresh elections.

The League is seeking a vote of no confidence in Conte, but the prime minister will avoid that if he resigns his mandate to the president, Sergio Mattarella.

Italian media is reporting that Conte will staunchly criticise Salvini’s actions while at the same time noting the coalition’s achievements and addressing risks posed by the breakup.

Conte, who is usually mild-mannered, upped the ante against Salvini at the weekend, accusing him of disloyalty and being “obsessed” with closing off Italy’s ports to migrants. The row erupted after Conte refused to sign an order banning the Open Arms migrant rescue ship from docking in the island of Lampedusa.

Salvini, who serves as deputy prime minister and interior minister, was hoping his drastic move on 8 August would immediately collapse the government and bring about snap elections.

The League leader has been pushing for new elections as he seeks to capitalise on his party’s growing popularity: it is polling in first place at about 38%. Salvini’s party is much weaker in the Italian parliament following a third place showing behind M5S and the centre-left Democratic party (PD) in March 2018 elections, when it took 17% of the vote.

His strategy could be thwarted if M5S and the PD formed an alternative majority to guide Italy through the delicate budget period in the autumn.

Salvini has also signalled the possibility of patching things up with M5S in order to avoid the party’s tie-up with the PD. He said on Tuesday his next move would depend on what Conte said in the senate.

“I think Italians have appreciated the way I’ve managed the situation, from Open Arms to the fight against the mafia,” he told Radio 24. “What sense is a government against Salvini, with all inside? A government needs to be strong in order to get things done. Who would an M5S-PD executive represent?”