TEHRAN, August 21 -Protestors of teen vaping began to march Tuesday in New York City, days after the Centers for Disease Control and Prevention announced it was looking into severe lung illnesses possibly associated with the practice. 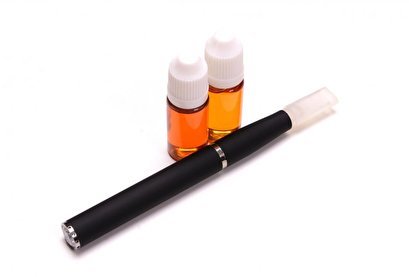 TEHRAN, Young Journalists Club (YJC) -Dozens of demonstrators, including the advocacy group against teen vaping, Parents Against Vaping, protested Tuesday outside the JUUL offices in Manhattan.

Phillip Furhrman, 16, whose mother, Dorian Furhman, co-founded Parents Against Vaping, said that he became addicted after taking his first puff two years ago, but he is now vape-free.

"Kids start with flavored pods," he said. "When my mom took my first one away from me and I started to feel the withdrawal symptoms, that was the first time I realized I was addicted."

His mom said the group wants the New York City Council to restrict JUUL's sale of such flavored products.

City Councilman Mark Levine has sponsored a bill that bans the sale of flavored e-cigarettes in New York City to protect youngsters, which the anti-vaping group supports.

Vaping advocates like George Conley, president of the American Vaping Association, also attended the rally to share their viewpoint.

"The positive effects on adults overwhelmingly go over any negative effects for youth," Conley said.

"Obviously, we don't want the youth to use the vapor products, but we can't take them away from the adults that help them quit smoking," Elliott said.

On Saturday, the CDC announced its investigating 94 possible cases of severe lung illnesses involving e-cigarette users, primarily among teens and young adults. Those possible cases spanned across 14 states from June 28 to the middle of August.

"While many people consider vaping to be a less dangerous alternative to smoking cigarettes, it is not risk free," New York State Department of Health Commissioner Dr. Howard Zucker said in a statement. "These latest reports of pulmonary disease in people using vaping products in New York and other states are proof that more study is needed on the long-term health effects of these products."