Iran saffron exports down due to smuggling, government restrictions: Exporter

TEHRAN, August 21 - Iranian exporters of saffron, a highly expensive spice with incredible healing powers, believe that smuggling and government restrictions have caused a decline in exports this year. 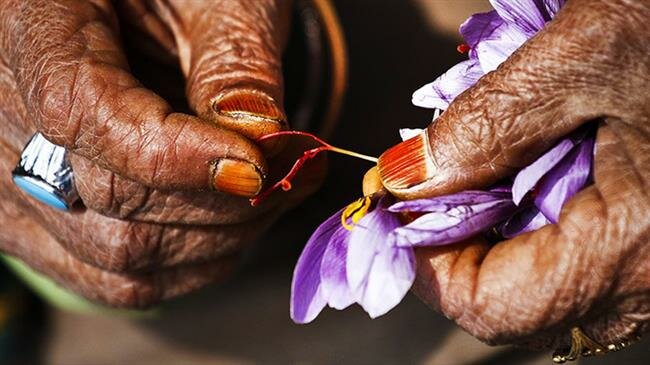 TEHRAN, Young Journalists Club (YJC) - A member of Iran’s Saffron Council said on Tuesday that exports of the food additive declined to just over 40 tons between April and June this year, down 15 percent compared to the similar period in 2018 when over 50 tons of the Iranian saffron was sold in markets across Europe and Asia.

Ali Hosseini told the ILNA news agency that the declining trend in saffron exports would continue for the next two or three months as European customers have either decreased purchases due to the holiday seasons or prefer to wait for new harvests coming from Iran.

He said a main reason for declining exports was government underpricing of the saffron which he said had affected businesses east of the country, including in the city Mashhad, where much of Iran's saffron trade is accommodated.

He said each kilograms of the Iranian saffron is priced between 700 to 1,000 euroes in the European markets but the price prescribed by the Iranian government is well below that, between 450 to 600 euros.

Exporters and farmers have been lamenting that underpricing has caused a surge in the smuggling of saffron to neighboring Afghanistan, where the Iranian product in repackaged and exported to countries like India.

Hosseini had said in an interview two weeks ago that India’s low tariffs on saffron imported from Afghanistan, compared to higher duties levied on Iran's saffron, was encouraging more and more people to transfer the spice in large quantities from Mashhad to Afghanistan.

Authorities believe the illegal businesses has cost Iran saffron exports dearly as exporters have decreased their shipments to the United Arab Emirates, a top buyer of the Iranian saffron, because of declining inventories.