TEHRAN, August 21 - Nineteen prisoners broke out of their crumbling cells last night and ran amok in their wing before anti-riot officers were called in and regained control. 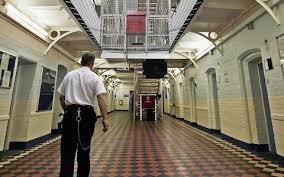 TEHRAN, Young Journalists Club (YJC) - Some of the prisoners at HMP Winchester - which includes killers, violent offenders and drug dealers - are said to have unpicked the mortar around the doors of their cells using utensils and cutlery taken from the prison kitchen.

Sources from the prison officers' union, the POA, said inmates then removed the bricks to squeeze out of their cells. "They ran around the landings encouraging more prisoners to break out of their cells," said a source.