TEHRAN, August 21 - Syrian government forces have opened a humanitarian corridor in the northwestern province of Idlib and the neighboring province of Hama for the safe exit of civilians fleeing violence by foreign-backed militants. 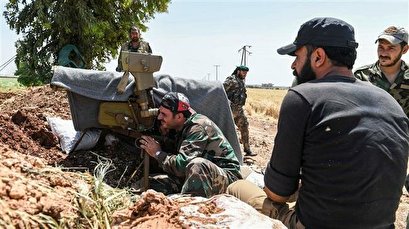 The town is located in the northern parts of the west-central province of Hama near the southern border of Idlib Province.

The official said that the new corridor would allow civilians to leave the southern part of Idlib and the northern part of Hama, where troops have advanced against militants with aerial cover.

The official also added that those civilians who pass through the corridor to reach the army lines will be provided with shelter, food, and healthcare, and other necessities.

The development came a day after Syrian army troops took full control of Khan Shaykhun, a strategic town in southern Idlib. The town had been occupied by foreign-backed terrorists since 2014.

The significant victory came after several days of intense clashes between government forces and the Takfiri terrorists, who control the Idlib region.

Following the liberation of Khan Shaykhun, the militants could now be encircled in their last remaining Hama bastion, including the towns of Latamneh and Kafr Zeita.

Syria, gripped by a militancy since 2011 that has killed hundreds of thousands, has managed to take back control of many territories from the Takfiri Daesh and other terrorist groups. The militancy war has displaced millions of people inside the Arab country.