G7 Summit and Challenges Ahead

TEHRAN, August 25- The 45th Group of Seven (G7) Leaders' Summit is being held in Biarritz, Southwestern France, from August 24 to 26. 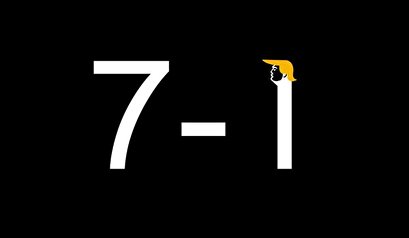 TEHRAN, Young Journalists Club(YJC) -Under its G7 Presidency, France has set fighting inequality as the main theme of the summit. To achieve its goal through a multilateral way, France wants to adjust the format of the summit by involving more partners. In addition to the G7 countries, six African countries, four other states with influential ties with the seven industrial states and key representatives of civil society will take part in the Leaders' Summit in Biarritz.

Will France's multilateral endeavor succeed in Biarritz? It depends on the cohesion of the group. According to its literal definition, multilateralism is the practice of coordinating national policies in groups of three or more states, through ad hoc arrangements or by means of institutions. Indeed, G7 is a multilateral platform. However, in recent years the group have faced more difficulties to achieve agreement to coordinate their increasingly divergent policies, either on geopolitics or global trade.

Since Donald Trump entered the White House, the division between the US and Europe has become wider as exposed in the 2018 summit in Charlevoix, Canada. The US and other ‘G6' members had fractious negotiations concerning tariffs and Russia's membership. Donald Trump's opinion on multilateral agreements is a consistent ‘withdrawal', which has been testified by several cases in which European countries give strong endorsement, ranging from Iran nuclear deal framework to Paris climate change agreement. While this summit in Biarritz will avoid discussing hard issues like tariffs and NATO, the US is not a core member of France's multilateral coalition.

Discords also exist within European members. Boris Johnson, the new prime minister of UK, will have his diplomatic debut in Biarritz Summit. Similar to Trump, Johnson is an advocate of "UK First" and has less enthusiasm in multilateral cooperation.

Not to mention the summit comes at an uncertain time for the UK as its relationship with the EU is stuck in the Brexit deal. Johnson might stand closer with Trump in Biarritz, expecting for a UK-US trade deal after Brexit. It also will be the swan song for Giuseppe Conte, who resigned as Italy's prime minister due to the breakdown in populist ruling coalition. Conte will attend the summit in a caretaker role and can hardly make any contribution.

Since its annexation of Crimea in 2014, Russia has been excluded from the summit. Macron met Putin on August 19, days before hosting a G7 summit. The two leaders have discussed a series of regional issues such as Iran, Ukraine, Syria and Libya. Through this meeting, Macron wants to show France's independent diplomacy and his leadership in EU's foreign policy.

It is possible that Paris and Washington will work together to invite Russia to the next summit hosted by the US However, Macron and Putin disagreed on their domestic issues – and Iran. When the French president criticized Russian crackdown on opposition protests, Putin answered with a rebuttal of France's Yellow Vest protest. The G7's emphasis on liberal democracy keeps important partners with different political system outside the multilateral mechanism, making it less representative and less multilateral.

But multilateralism is not only about the number of parties. A firm multilateralism should be built on generalized principles of conduct, which specify appropriate conduct for a class of actions, sometimes without regard to particular interests of the parties or the strategic exigencies. But this is not the case of G7 in recent years, as short-term national interests (usually framed by politicians) have often surpassed long-term commitment to multilateral obligations and the rule of law – in the case of the US. More importantly, this was increasingly not regarded as inappropriate conduct.

For sure, Macron will try his best to avoid another embarrassing "G6+1" summit by skilled diplomacy, such as inviting more heads of governments and highlighting the agenda of fighting inequality. Without certain principles to unite like-minded members, however, it’s still a mission impossible to achieve final communiqué on shared commitments in this summit.