TEHRAN, August 25- The Secretary of Iran's Expediency Council (EC) Mohsen Rezaei said that illegal acts of the Israeli regime will soon be responded by Syrian and Iraqi defenders. 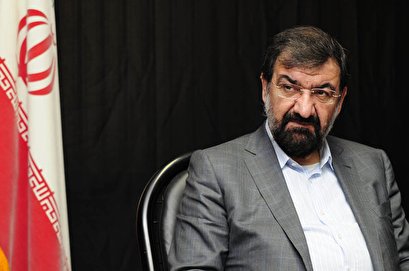 TEHRAN, Young Journalists Club(YJC) -“Measures that Israel and America are jointly implementing in Syria and Iraq are against the international rules. And Syrian and Iraqi defenders will soon respond to them,” Rezaie told ILNA on Sunday on the sideline of an event in Qazvin province.

The remarks came as Syrian Army air defense repelled Israeli regime’s missile attack near Damascus on Saturday night. The regime in Tel Aviv claimed that it has damaged an Iranian-managed center in the attack.

Rezaie strongly rejected these claims, saying, “Israel and America do not have the power to attack different Iranian centers. Meanwhile, none of our advisory centers have been damaged.”

According to Sana, Syria has also denied the claims, saying the majority of the Israeli missiles had been destroyed before they could reach their target.

Syria has condemned the attacks while rejecting Israeli claims about the presence of any Iranian forces or their allied militia in the country.

The Israeli attacks come as Syrian military forces are taking back control of more territories from terrorists.

The Israeli regime, believed to be a sympathizer of terrorism in Syria for the past eight years, has been unhappy at the progress made by the Syria army and allies east of the country.