Israeli aggression on Syria, Lebanon will not go unanswered: Nasrallah

TEHRAN, August 26-The Secretary of Lebanese Hezbollah movement Seyyed Hassan Nasrallah has reacted to the recent Israeli aggression on the resistance movement's positions in Syria and Lebanon, saying that the Israeli attacks will not go unanswered. 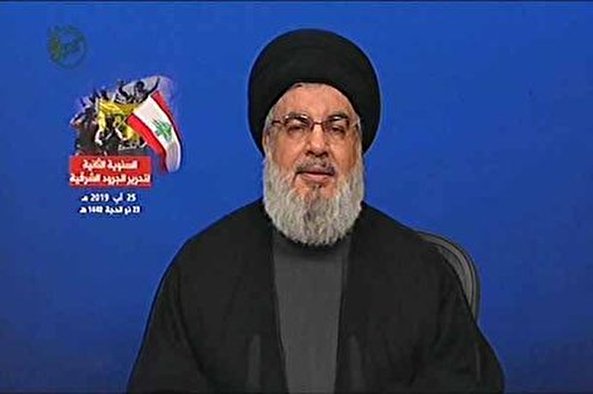 TEHRAN, Young Journalists Club(YJC) _Nasrallah said that last night's Israeli attack on Syria has left two Hezbollah forces martyred, rejecting the claims of the Israeli regime that the attack had damaged Iranians. Nasrallah highlighted that resistance forces will respond to such acts of aggression.

He also referred to the downing of two Israeli drones in suburbs of Beirut early on Sunday, saying, "Resistance forces will not tolerate the Israeli drones hovering in Lebanese airspace anymore."

Nasrallah said that first Israeli drone was a sophisticated reconnaissance drone which was filming Hezbollah positions but was come down by rocks while the second one was a suicide drone.

The second drone which was professionally designed to cause casualties hit its target but left no casualties, according to the Hezbollah chief.

He described the drone aggression on Lebanese soil as the first aggression after the 2006 war, underlining "we will defend Lebanon airspace."

Nasrallah described the Israeli drone attacks last night as in violation of the UN resolutions and Lebanon’s sovereignty, stressing that complaining to international bodies by the Lebanese government was not enough.

Israel will not be permitted to get away with its aggression, the Hezbollah leader further noted.