TEHRAN, August 28 -Asian shares eked out cautious gains on Wednesday, as higher Wall Street futures provided some relief after an overnight U.S. selloff, though deeper worries about the global economy and trade continue to weigh on market sentiment. 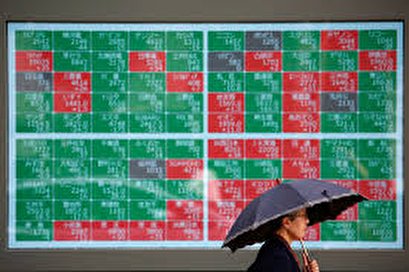 In early European trading, the pan-region Euro Stoxx 50 futures STXEc1 were flat, German DAX futures FDXc1 were up 0.06%, and FTSE futures FFIc1 were down 0.02%.

Oil prices rose in Asia for a second day of gains after an industry report showed U.S. stockpiles fell more than expected.

Gold prices fell in a tentative sign of easing risk aversion, but a deep inversion in the U.S. Treasury yield curve served as a reminder that some investors are still concerned about economic growth.

A trade dispute between the United States and China is now in its second year and is placing increasing strain on the global economy, forcing policymakers to respond with interest rate cuts and stimulus measures to bolster growth.

“But I don’t want to give up on equities just yet. The U.S. Federal Reserve and officials in other countries simply have to do more to stimulate their economies, which will eventually prevent the bottom from falling out.”

South Korea stocks were on course for their biggest daily increase in a week as investors hunted for bargains after shares were sold due to worries about weighting changes in the MSCI index.

China unveiled measures late on Tuesday to help boost consumption, including the possible removal of restrictions on auto purchases, as growth in the world’s second-biggest economy falters.

Chinese shares .CSI300 initially opened higher on Wednesday but then reversed course to trade 0.27% lower, showing there are still some concerns about economic growth.