Demise of US Hegemony Hastened by Trump: Ex-CIA Officer

TEHRAN, August 28 -A former military intelligence officer with the CIA said US President Donald Trump has “unwittingly hastened the demise” of America’s hegemony. 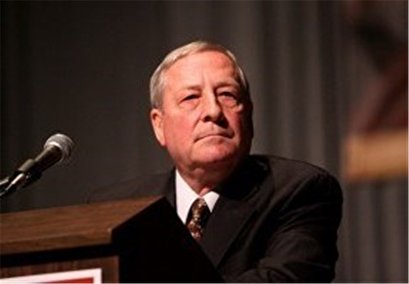 TEHRAN,Young Journalists Club (YJC) -“Trump has unwittingly hastened the demise of the US as the world hegemon. China will soon have a bigger economy and the tendency of Trump to ignore or circumvent international agreements has meant that no one respects Washington any more…,” Philip Giraldi told Tasnim.

Philip Giraldi is a former counter-terrorism specialist and military intelligence officer of the United States Central Intelligence Agency (CIA) and a columnist and television commentator who is the Executive Director of the Council for the National Interest, a group that advocates for more even-handed policies by the US government in the Middle East.

Tasnim: US President Donald Trump on Friday said he does not believe North Korean leader Kim Jong Un violated any pact with him by launching another round of projectiles. "He likes testing missiles," Trump told reporters as he departed the White House for the Group of Seven economic summit in France. North Korea continues to test missiles and Trump says we already have good ties with them. What is behind this soft tone?

Giraldi: Trump is desperate for a diplomatic victory and is misrepresenting what has been happening. Kim Jong Un rightly does not trust him and is playing him in hopes that the situation becomes so complicated that it will be difficult to move forward. In reality, China is the only country that can bring about change in North Korea and it can do so by making food shipments dependent on political changes, to include a renunciation of nuclear weapons. The US is a bystander in all of this.

Tasnim: The US has decided to set up an international patrol mission to secure the Strait of Hormuz in the Persian Gulf, calling on its allies to join it. A number of countries, including Germany, France, and Japan, have turned down Washington’s request. It seems that the divide between the US and its close allies is growing. What do you think?

Giraldi: Yes. The United States only has two real allies in putting more pressure on Iran and they are Israel and Saudi Arabia. No one else sees any benefit coming out of armed international patrols which could potentially lead to an incident that will start a war.

Tasnim: According to a recent article published by the Washington Post, “Long-term trends show that China is catching up to the United States on just about every conceivable capability metric. Short-term trends show the European Union is a more potent regulatory power and the United States has become more isolated on questions of, say, aviation regulation”. At the same time, serious international relations scholars have argued that US hegemonic power is nearing its end. What are your thoughts on this?

Giraldi: Trump has unwittingly hastened the demise of the US as the world hegemon. China will soon have a bigger economy and the tendency of Trump to ignore or circumvent international agreements has meant that no one respects Washington anymore. That is a good development as the United States has been an ignorant giant ever since 2001 that is much more inclined to do harm than good in the world.