TEHRAN, August 31 -Doctors who run late or schedule late-day appointments are more likely to prescribe opioids to patients, a discovery that might be unexpectedly contributing to the opioid epidemic, a new study says. 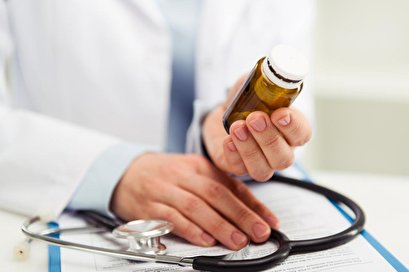 TEHRAN,Young Journalists Club(YJC) -A patient is 33 percent more likely to receive a prescription during a late-day doctor's appointment than one earlier in the day, according to a findings published Friday in Jama Open Network. They're also 17 percent more likely to receive an opioid prescription if their doctor is running at least an hour late compared to being less than 10 minutes late.

"Physicians play a pivotal role in the opioid epidemic and it's important to understand what factors drive opioid prescribing," Hannah Neprash, a researcher at the University of Minnesota and study corresponding author, told UPI. "Our findings suggest that clinical decision-making can be influenced by external factors unrelated to whether opioid therapy is appropriate for the patient."

Neprash says prescribing opioids can be a "quick fix" for doctors who looking to get home for the day or facing backed up schedules.

The researchers analyzed 678,319 primary care appointments with 5,603 physicians for patients experiencing pain and hadn't been prescribed opioids in the past 12 months. They found patients whose doctors ran 10 minutes late had a 4.4 percent chance of getting a prescription, and that rate jumped to 5.2 percent if the doctor was at least 60 minutes late.

In addition, the first three patients of the day had a 4 percent likelihood of getting a prescription compared to a 5.3 percent to the 19th through 21st patients.

On the other hand, time of day had no influence on how frequently doctors prescribed alternative pain relief methods. Throughout the day, about 14 percent of the patients received prescriptions for NSAIDS compared to nearly 7 percent of patients who were referred to physical therapy.

"Doctors are modestly more likely to prescribe opioids later in the day and when they're running late," Neprash said. "If similar patterns exist for other clinical decisions, this suggests that time pressure in medicine may adversely affect patient care."