TEHRAN, Sept 04 -An American political analyst and Middle East expert said Hezbollah’s recent response to Israel's aggression against Lebanon demonstrated that any attack by the regime on the Arab country would "elicit forceful and proportionate retaliation”. 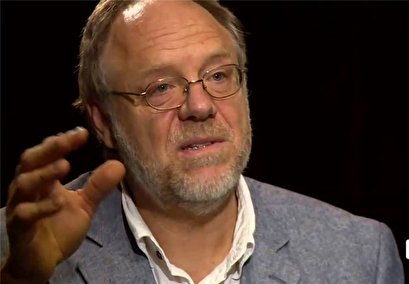 TEHRAN, Young Journalists Club (YJC) -“Hezbollah accomplished its objective: It demonstrated that any Israeli attack on Lebanon will elicit forceful and proportionate retaliation. Though it could easily have rained down large numbers of missiles on Zionist settlements, causing far greater casualties, Hezbollah showed restraint and demonstrated a commitment to focusing on military targets,” Kevin Barret from Madison told Tasnim.

Tasnim: On Sunday, Hezbollah targeted an Israeli military vehicle near the border with the occupied Palestinian lands, killing and injuring all forces on-board. What’s your take on the attack by the Lebanese resistance movement?

Barret: Hezbollah accomplished its objective: It demonstrated that any Israeli attack on Lebanon will elicit forceful and proportionate retaliation. Though it could easily have rained down large numbers of missiles on Zionist settlements, causing far greater casualties, Hezbollah showed restraint and demonstrated a commitment to focusing on military targets.

Hezbollah’s mature and responsible approach contrasts starkly with the Zionists’ irresponsible recklessness and terrorism. The Zionists are terrorists, by the very definition of the term, because they systematically target civilians. Whenever they “mow the lawn” in Gaza or invade Lebanon, they make no secret of their objective of terrorizing and ethnically cleansing civilian populations.

Additionally, the Zionists are aggressors. From the early 20th century, when they crossed the seas to invade Palestine against the wishes of the Palestinians, until today, the Zionists have not ceased to commit the supreme war crime of aggression. (Aggression is considered the worst possible crime, worse even than genocide, under the Nuremberg principles that are the foundation of international law.)

The Zionist aggressors never stop attacking their neighbors in order to steal more and more land and resources. The people of the region are fighting a purely defensive war against the Zionists, and have been for more than a century. They deserve the full support of the international community because their struggle is just and legitimate under international law.

Tasnim: Do you believe Israel would dare again to attack or violate the Arab country’s airspace? Why does Israel attack other countries with impunity?

Barret: It is impossible to predict the behavior of the Zionists. They have turned unpredictable, irrational, psychopathic aggression into a fine art. Certainly, they will now think twice before violating Lebanese airspace. But for various reasons—including Netanyahu’s belief that bloody conflicts, even those that entail the loss of Israeli lives, might help his re-election effort—we should not rule out the possibility of more reckless provocations by the Zionists.

Tasnim: Following the attack, Benjamin Netanyahu said Israel “was prepared for any scenario”. What might the future hold?

Barret: The Zionists are driven by millenarian messianic fanaticism. The first Zionists—that is, the first Jews who urged a “return” to Palestine without God’s permission and against His will—were Abarbanel and Shabtai Tzvi. The former plotted to trick the Muslim and Christian worlds into destroying each other in an apocalyptic war, after which, he said, the Zionist Jews would rule the world.

(This was 500 years ago!) The latter preached “redemption through evil” and urged Jews to commit murder, adultery, and other crimes in order to force God to give Jews the Holy Land. Both Abarbanel and Tzvi declared themselves Messiah.

Obviously, they were false messiahs, and Zionism itself is a movement inspired by the ultimate false messiah: the demonic figure known to Muslims as Dajjal, and to Christians as Antichrist. Though only God has detailed knowledge of the future, the general blueprint is unmistakable: Fanatical millenarian messianic Zionists, who are in fact satanic heretics against traditional Judaism, will continue their evil, genocidal crusade until the forces of truth and justice grow strong enough to stop them.