TEHRAN, oct 1_Asian share prices ticked up on Tuesday as some investors clung to hopes the fourth quarter will bring progress in resolving the United-States trade war that’s cast a shadow over the global economy. 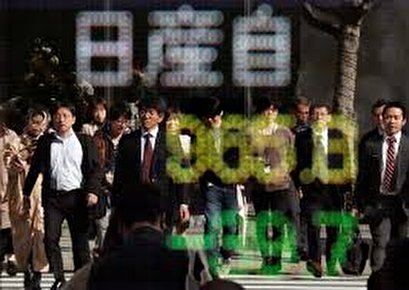 Technology sectors led New York gains on Monday while U.S.-listed shares of Chinese firms bounced up after big falls on Friday, with Alibaba (BABA.N) up 0.75% and Baidu (BIDU.O) rising 1.53%.

MSCI's broadest index of Asia-Pacific shares outside Japan .MIAPJ0000PUS inched up 0.23% while Japan's Nikkei .N225 rose 0.6% and Australia's benchmark by 0.8%, some of that coming after the central bank cut rates for a third time this year.

Starting on Tuesday, Chinese markets are shut for a week to mark 70 years since the founding of the People’s Republic of China.

“Whether it was a fake news or not, it is becoming harder to know exactly what the U.S. administration will be doing,” said Takashi Hiroki, chief strategist at Monex Securities.

China and the United States are due to resume high-level trade talks next week in Washington.

“It’s not clear how the U.S.-China talks will progress, given there are hard-liners against China in the administration. But if there’s no further escalation in the upcoming meeting, markets will be relieved,” Hiroki said.