Intl. aid to Afghan refugees only 6% of total cost

TEHRAN, oct 8_Iranian Interior Minister Abdolreza Rahmani Fazli said that the fund that other countries and international organizations are providing to Afghan refugees in Iran constitute only 6% of total costs. 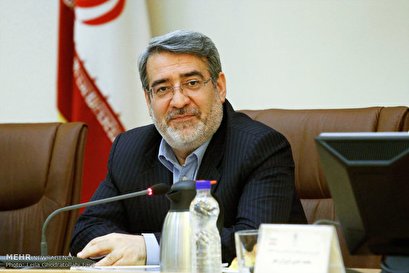 TEHRAN, Young Journalists Club(YJC)_He made the remarks on the sidelines of the 70th meeting of UNHCR’s governing Executive Committee (ExCom) on Tuesday in Geneva, Switzerland.

Iran is one of the countries that provide the most services in the field of accommodation, facilities, and assistance to the Afghan refugees residing in Iran, Rahmani Fazli said.

He said that in today's meeting of Excom, the role of international organizations and European countries and other countries in providing services and facilities to Afghan refugees was discussed, noting that unfortunately, other countries have a low level of cooperation in this regard.

The resources that other countries and international organizations are providing to Afghan refugees in Iran are only 6% of total costs, he noted.

Without security, peace, development, and employment in Afghanistan, there is no real chance that this issue will be resolved in a radical way, he said, adding that this is the duty of all active countries in the international arena.

Referring to his visit with Afghanistan’s Minister of Refugees and Repatriation Sayed Hussain Alemi Balkhi on Monday, he mentioned that it was agreed that the Afghan government would have more control over the issue of illegal entry of Afghans into Iran, and that Iran would create more favorable conditions for identifying refugees and giving legal permission for their temporary stay in the country.

Iran’s measures for Afghan refugees have always been appreciated by all members of ExCom, Interior Minister said referring to a set of measures Iran has taken for Afghans over the 40 years, adding that appreciation is not enough, and they should also play their role and provide the necessary support in accordance with the ratifications and conventions.

Rahmani Fazli left Tehran for Geneva on Sunday to attend the 70th meeting of ExCom. He is scheduled to deliver a speech at the session.

He will also hold separate talks with his counterparts on the sidelines of the event.

The meeting is aimed at reviewing and approving the agency’s programs and budget, as well as advising on international protection and discussing a range of other issues with UNHCR and intergovernmental and non-governmental partners.