TEHRAN, oct 9_A top Kurdish official says the Kurdish forces controlling northern Syria may open talks with Damascus and Russia, after the United States announced it was withdrawing troops from the area in the wake of Ankara’s looming military operation against Kurdish militants from the People's Protection Units (YPG). 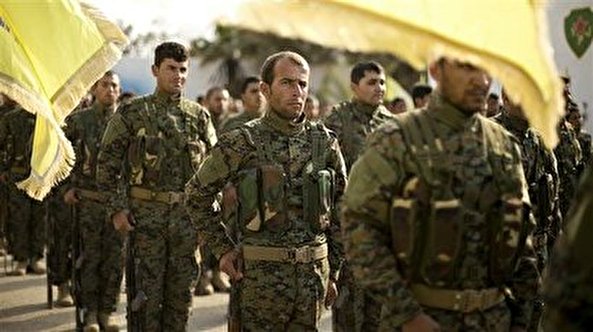 TEHRAN, Young Journalists Club(YJC)_If America vacates the area and especially the border area for certain we, as a self administration and as the SDF, will be forced to study all the available options,” Badran Jia Kurd told Reuters news agency on Tuesday.

“At that time we may hold talks with Damascus or the Russian side to fill the void or block the Turkish attack, so this may develop and there could be meetings and contacts in case of a vacuum,” he added.

A senior Syrian government official, in return, said Damascus is ready to welcome Syria's Kurds back into the fold after Washington left them to face Turkish military threats alone.

“We will defend all Syrian territory, and we will not accept any occupation of Syrian land,” Deputy Foreign Minister Faisal Mekdad told the pro-government and Arabic-language al-Watan newspaper in comments published on Tuesday.

He noted that Kurdish groups have been “tossed aside” by Washington, after US President Donald Trump on Monday gave Turkey a green light to press ahead with its long-threatened offensive.

“The nation welcomes all its children and Damascus will solve all problems in Syria in a positive manner, away from violence,” Mekdad said, vowing to take back all Syrian territory.