TEHRAN, oct 10_The spokesperson for Iran’s administration voiced concerns over the Turkish government’s planned attack on northern Syria and said the Islamic Republic has called on the neighboring country to show restraint. 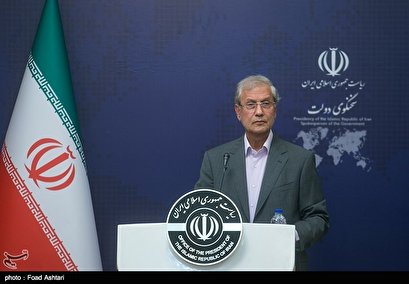 TEHRAN, Young Journalists Club(YJC)_Speaking to reporters on the sidelines of a cabinet session in Tehran on Wednesday, Ali Rabiee pointed to the recent negotiations between Iranian Foreign Minister Mohammad Javad Zarif and his Turkish counterpart, Mevlut Cavusoglu, about Syria and said during the talks, Tehran called on Ankara to exercise self-restraint.

“The Syrian army should be stationed along the border with Turkey,” he said, adding, “Turkey is our friend and we have many regional and bilateral common interests.”

“Idlib, which has become a (terrorists) base, is important to us and its fate should be determined,” he stated.

The spokesman went on to say that the Islamic Republic also welcomes the withdrawal of US troops from Syria.

Turkey has signaled its intent to press ahead with an attack on US-backed Kurdish militias in north-east Syria despite confusion over US policy after officials appeared to backtrack on Donald Trump’s decision to withdraw troops from the area.

The vice-president, Fuat Oktay, said Turkey would execute its own plans regarding national security and would not be “controlled by threats”.

“Turkey will not accept a terror corridor or terror state right next to its borders under any circumstances, whatever the cost,” he said.

The Trump administration appeared to step back from the president’s reported promise to his Turkish counterpart, Recep Tayyip Erdogan, in a phone call on Sunday that he would withdraw US troops from Syria’s north-east.

The decision appeared to clear the way for a Turkish assault on the Kurdish-led Syrian Democratic Forces (SDF), which the US has backed but Ankara considers an extension of the outlawed Kurdistan Workers’ party (PKK).

The SDF said late on Tuesday night that Turkish forces were already attacking near the border, according to The Guardian.

“The Turkish military is shelling one of our points on SereKaniye Border with Turkey,” it said in a tweet, referencing the key border town of Ras al-Ayn.

It was one of the places from which US troops withdrew on Monday, according to the UK-based Syrian Observatory for Human Rights.