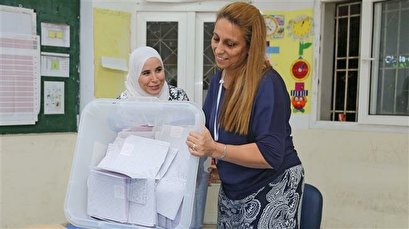 TEHRAN, Young Journalists Club(YJC)_Tunisia’s High Election Commission announced the preliminary results in a statement late on Wednesday, saying that the moderate party had secured 52 seats in the 217-seat chamber, while its rival, media mogul Nabil Karoui’s Heart of Tunisia Party, had only managed to win 38 seats.

Voting began across Tunisia last Sunday, with some seven million people being eligible to elect their representatives at the popular assembly.

More than 1,500 lists and 15,000 candidates, including from registered political parties as well as independents, were vying for the chamber.

The official final results are expected to be announced on November 17. The Tunisian parliament will then be given two months to choose a prime minister and form a new government.

Under Tunisia’s electoral system, a party would need to secure 109 seats to govern on its own, but if the preliminary results don’t change, a coalition government will have to be formed.

The parliamentary elections came three weeks after the first round of a presidential election saw two political novices — Kais Saied and Nabil Karoui — garner the most ballots in a low-turnout contest and advance to a runoff vote, which will take place on October 13.

It also came eight years after Tunisians rose up to abolish autocratic rule and introduce democracy in a revolution that inspired the so-called Arab Spring.

The uprising ousted the country’s dictator, Zine El Abidine Ben Ali, who had been in power for over two decades and who died in exile in Saudi Arabia last month.