TEHRAN, oct 11_North Korea warns it may resume its long-range nuclear missile testing in response to a US intercontinental ballistic missile launch this month, which it said aimed at putting more pressure on Pyongyang. 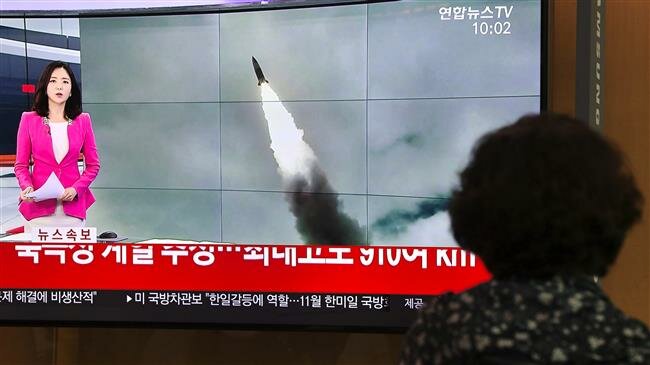 TEHRAN, Young Journalists Club(YJC)_A foreign ministry spokesman said in a statement that “there is a limit to the patience” of Pyongyang and that it could eventually end a halt on its nuclear and missile tests.

“The DPRK can give tit for tat, but exercises restraint under the judgment that it does not need to take a counteraction and it is premature,” said the statement carried by the official KCNA news agency, using the acronym for North Korea’s official name.

"As recognized by the international community, the United States conducted the recent intercontinental ballistic missile test-fire in a bid to pressure the DPRK,” the statement added.

Pyongyang, it said, “can give tit for tat, but we are now exercising a restraint under the judgment that a counteraction is not necessary yet and it is still premature.”

The North also criticized a call by United Nations Security Council members for Pyongyang to give up its nuclear weapons.

The five European members of the council called on North Korea on Tuesday "to take concrete steps" towards giving up its nuclear weapon and ballistic missile programs.

The North said there was "no justifiable reason" for the UN Security Council to take up an issue related to the country’s self-defense, adding the European countries had "acted at the instigation of the US."

The call came days after North Korea said it test-fired a new submarine-launched ballistic missile. The North had put a unilateral halt to its missile and nuclear tests shortly before a diplomatic thaw began between Pyongyang and Seoul in early 2018.

But diplomacy snagged as the US refused to reciprocate unilateral North Korean steps. And later, the country’s leader, Kim Jong-un, indicated that Pyongyang would resume its nuclear and missile tests.