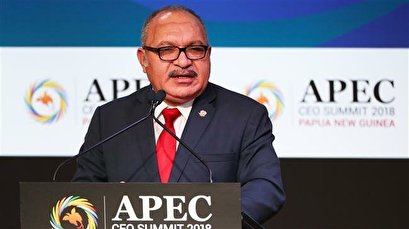 TEHRAN, Young Journalists Club(YJC)_PNG’s acting police commissioner David Manning said on Tuesday that an arrest warrant had been issued for the former prime minister by a district court on Friday.

“The warrant was obtained upon the weight of the evidence brought forward by the investigators,” Manning said, without giving details, citing “the sensitivity of investigations.”

He added that O’Neill — who had been found at the luxurious Crowne Plaza Hotel in PNG’s capital of Port Moresby on Tuesday — had declined to cooperate.

“As we speak, he has refused to cooperate with police thus far,” the acting police commissioner said, calling on O’Neill to make himself available to investigators.

O’Neill has claimed he was “not informed or presented with a warrant to appear anywhere today.”

“If this was a serious matter, not a political power play, a formal process would be in place that would have seen legal representation made to my office,” the former prime minister said in a statement.

He also warned policemen attempting to arrest him to “think carefully” before following what he said were the orders of PNG police minister and his long-time critic Bryan Kramer.

O’Neill was forced to quit in May after eight years in power following complaints about corruption in the poverty-stricken but resource-rich South Pacific archipelago, which he has denied.

The manner of funding the purchase of 40 Maseratis for an Asia-Pacific leaders’ summit that he hosted in a country where few homes have reliable electricity is among the corruption allegations that swirled around him.

His decision to resign also came after allies balked at a multi-billion-dollar liquefied natural gas agreement with France’s Total and US firm ExxonMobil amid discontent among local communities over the lack of yield benefits from such deals.

O’Neill was replaced by his former finance minister James Marape, who pledged to clean up the government.