TEHRAN, Nov 1_Yemeni armed forces have shot down a US-made spy drone while on a mission over the battle front near the southwestern Saudi province of Asir. 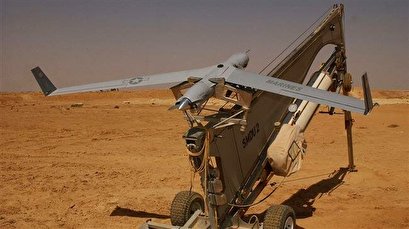 The US has been a major backer of Saudi Arabia ever since it formed a so-called military coalition campaign against Yemen in March 2015 in a bid to bring the government of former President Abd Rabbuh Mansur Hadi back to power.

Resistance by Yemeni forces, led by the Houthi Ansarullah movement, has, however, pushed the Saudi war to a stalemate, largely stalling Riyadh's ambitions in the country.

The war has, nonetheless, taken a heavy toll on the country’s population and infrastructure.

On Thursday, the US-based Armed Conflict Location and Event Data Project (ACLED) published a report saying that 100,000 people have been killed since the onset of the conflict.

The report said 20,000 people had been killed only this year, making the second deadliest year of the war after 2018.

Addressing the report, Oxfam Country Director in Yemen Muhsin Siddiquey said that it served as "further proof of the mindless destruction and injustice of the war in Yemen. The true death toll is much higher when fatalities related to the lack of medicine, food and clean water are taken into account."

"This should act as a wake-up call to all sides to agree a nationwide ceasefire and to return to the negotiating table in order to reach a lasting peace. Arms exporting countries should stop fueling the fighting by sending weapons to the warring parties," he added.

The newly published death-toll comes as the US is by far Saudi Arabia's largest arms supplier, with Riyadh spending about 70 percent of its arms imports on US-made weapons.

According to numerous reports, the supplied weaponry has been a lead factor in mass civilian deaths in the country.

The administration of US President Donald Trump, which has signed lucrative arms deal with Saudi Arabia, has repeatedly rejected calls to end its ongoing arms exports to the country.

Britain, France and Germany have also been among Saudi Arabia's leading suppliers in the conflict.

Despite receiving much support from western countries, notably the US, Saudi Arabia has found itself stuck in a quagmire as a result of its failed invasion of Yemen.

Many countries in the so-called Saudi-led coalition have consequently drawn down their participation in the conflict.

On Wednesday, senior Sudanese officials speaking to Reuters said that the country had withdrawn "several thousand troops" from the country.

The officials said that only a "few thousand troops" remained in the country, marking a stark contrast compared with the originally 40,000 Sudanese troops deployed in Yemen during the peak of the conflict.