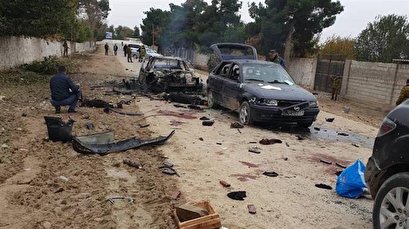 TEHRAN, Young Journalists Club(YJC)_A group of 20 masked attackers launched the attack on the outpost at the Tajik-Uzbek border, southwest of the capital, Dushanbe, early on Wednesday, Tajikistan’s National Security Committee said. The remaining five gunmen were captured. A Tajik border guard and a policeman were also killed during the incident. An investigation was underway into the attack, the committee said, without giving further information. The border region of Ferghana Valley, which is home to several ethnic groups, has been the scene of violent clashes in the past. The region is also where Tajikistan, Uzbekistan, and Kyrgyzstan meet. Tajikistan and Uzbekistan have also long struggled to resolve a dispute over the delimitation of their shared border.