TEHRAN, Nov 7_ The last time aides of Philippine President Rodrigo Duterte sent a text message to his vice president, it was to tell her to stay away from his cabinet meetings. 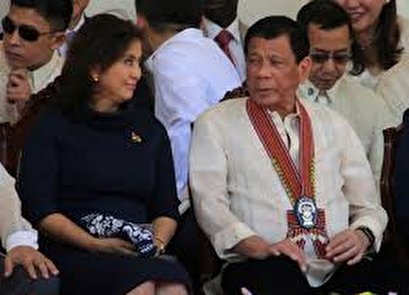 TEHRAN, Young Journalists Club(YJC)_But after three years in the cold, Leni Robredo is being welcomed back to Duterte’s cabinet as his “tsar” in a war on drugs in which thousands of people have been killed. Robredo, a 54-year-old who was elected separately to Duterte, has called the campaign ineffective and out of control.

“We don’t even know the numbers anymore. We do not know how many died because of the drugs war because government has not been transparent,” she said in an interview with Reuters last month.

Robredo’s allies see the job offer - to co-chair an inter-government panel on drugs along with the head of the anti-drugs agency - as a poisoned chalice. They say she is being set up to fail, a play to humiliate one of Duterte’s few remaining rivals to challenge his popular autocracy ahead of 2022 elections.

Robredo has however accepted the job, possibly setting her on a collision course with the president.

“They are asking me if I am ready for this job. My question is: Are you ready for me?” Robredo said.

In the Oct 23 interview, she said abusive police should be stopped, and the United Nations be allowed to conduct its investigation into allegations of systematic executions and cover-ups by police.

The Duterte administration rejects that as foreign interference based on lies and distortion, and backs the police.

Robredo is facing possible sedition charges alongside 35 other opponents of Duterte, among them lawyers, priests, lawmakers and a former attorney general, which some officials say could result in a second impeachment attempt against her.

Other targets include a senator who has been in police detention since 2017 on drugs charges after her Senate investigation into drug war killings. Another senator was charged with kidnapping, and a Supreme Court Chief Justice who opposed some of Duterte’s policies was removed.