TEHRAN, Nov 7_Products that contain cannabidiol, or CBD, a nonintoxicating compound found in varying amounts in the plant that produces marijuana, can be found everywhere -- online, at drugstores and even at the supermarket. 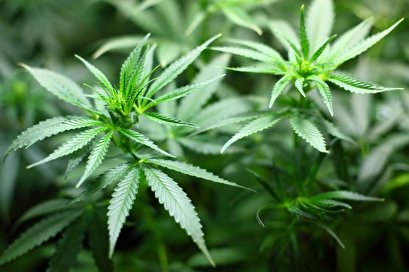 TEHRAN, Young Journalists Club(YJC)_With the passage of the 2018 U.S. Farm Bill in December 2018, Congress effectively green-lighted the marketing of goods containing hemp and CBD, both derivatives of the cannabis plant. And many of them -- foods, lotions, shampoos, oils -- promise health benefits, most of which have yet to be proven in large clinical trials.

Now, a small study published this week in the journal Analytical Toxicology, reveals that vaping cannabis in legal CBD products could result in positive results on drug screening tests commonly used by employers, criminal justice agencies and school systems, among others.

The findings are significant, given that researchers at the University of Pittsburgh announced in August they were developing a test device, similar to the Breathalyzer used to detect levels of alcohol intoxication, for THC, the compound in cannabis that gets people high.

But the question of false-positives on tests for people using CBD products, and not THC, has serious implications.

Media reports have suggested that positive tests resulting from legal CBD and hemp use may influence employers' hiring decisions, or lead to workers being disciplined or even terminated. Cases of children testing positive for marijuana after using CBD products have been reported, and these test findings have influenced court decisions in custody cases.

"With the legalization of hemp products, with larger retailers stocking these products and the hub-bub about how great and beneficial these products are for you, there's a lot of public interest in these products, but not enough concern about the safety of these products," Ryan Vandrey, associate professor of psychiatry and behavioral sciences at the Johns Hopkins University School of Medicine, told UPI.

For the study, Vandrey and his colleagues had six adult participants vape cannabis that contained 0.39 percent THC, roughly equivalent to the 0.3 percent allowed for hemp- and CBD-based products effectively legalized under the 2018 U.S. Farm Bill.

Since passage of that legislation, consumer hemp products -- including oils, vaping cartridges and hemp flower for smoking -- can be legally purchased in specialty stores, general retail stores and through websites across the United States.

The researchers reported that two out of six study participants tested positive for THC after vaping, based on urine testing methods consistent with those used by employers and law enforcement agencies.

Cannabis used in the study contained 10.5 percent CBD and 0.39 percent THC, a 27-to-1 ratio of the two chemicals -- similar to what is found in legal hemp-derived CBD products. Study volunteers vaped a little less than 1 gram of cannabis, which contained a total dose of 100 milligrams of CBD and 3.7 milligrams of THC.

In addition, they were given pure CBD in a capsule, vaporized pure CBD and placebo -- a mock CBD pill and vaporized cannabis in which CBD and THC had been removed -- in three other dosing sessions one week apart from each other.

To date, clinical trials have demonstrated CBD to be an effective treatment for two rare forms of pediatric epilepsy. But CBD product suppliers and consumers claim benefits of CBD for a wide range of purposes, ranging from anxiety to insomnia to general wellness.

CBD products can be swallowed in the form of an oils and tinctures, eaten in food, inhaled by using vape devices or applied topically to the skin in a cream, patch, balm or gel.

"Our study sheds light on the complexities of drug testing and the impact of the legalization of these products on existing drug policies," Vandrey said. "As an individual, if you are subject to drug testing, you should be aware using CBD- or hemp-based products may result in a positive drug test.

"That needs to be discussed with your employer prior to use, or you really need to weigh the risks and benefits of using these products."

Tory Spindle, a researcher in the Behavioral Pharmacology Research Unit at the Johns Hopkins Bayview Medical Center in Baltimore, said the team already has started work on a follow-up study assessing the effects of long-term use of these products, over the course of a 2-week period, with a larger number of study participants.