TEHRAN, Nov 9 _A barrage of 17 rockets have come down near an Iraqi airbase housing American forces in the Arab country’s north, causing some material damage but no casualties. 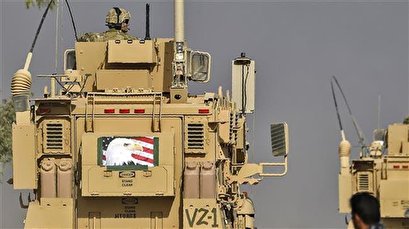 TEHRAN, Young Journalists Club(YJC)_Iraq’s Armed Forces released a statement, saying the incident took place near the outpost in the town of Qayyarah in Iraq’s Nineveh Province on Friday.

No person or group has claimed responsibility for the incident.

The United States invaded Iraq in 2003 on the second leg of its so-called war on terror, which had it first stage a no-holds-barred attack against Afghanistan.

Unremitting violence continue to plague both countries since then, with anti-American sentiment and US-led foreign presence being blamed for much of the plight.

Washington staged a renewed wholesale operation in Iraq in 2014 at the head of a number of its Western and regional allies, presumably seeking to uproot the Takfiri terror group of Daesh. The outfit had risen amid the chaos and volatility resulting from the first US-led invasion.

Qayyarah was liberated by Iraqi government forces from Daesh control in 2016 as they were marching towards Daesh’s so-called capital of Mosul.