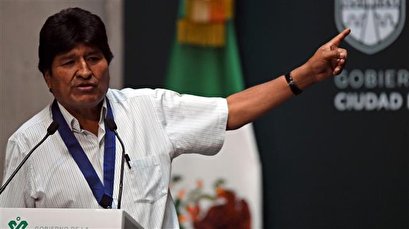 TEHRAN, Young Journalists Club(YJC)_Morales wrote on his Twitter on Wednesday that the coup against him was "a political and economic conspiracy coming from the United States."

This comes after Bolivía's head of Senate Jeanine Anez proclaimed herself as the country's interim president on Tuesday in an effort to fill the power vacuum.

The power grab happened just after Morales, who transformed the Andean nation as its first indigenous president, left the country for Mexico with the aim of helping Bolivia recover from weeks of violent protests.

Meanwhile, clashes between indigenous supporters of Morales and security forces continued in La Paz on Wednesday.