TEHRAN, Nov 15_The chief commander of Iran's Army says regional countries cannot rely on outsiders to provide security of the Persian Gulf and the Strait of Hormuz, stressing that false coalitions established by foreign countries will fail to keep the strategic region and the key waterway secure. 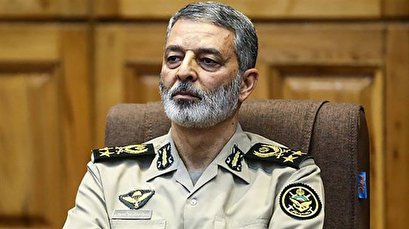 TEHRAN, Young Journalists Club(YJC)_"Security of the Strait of Hormuz and the Persian Gulf can only be achieved through the establishment of intra-regional cooperation [among the littoral states] and not through false coalitions,” Major General Abdolrahim Mousavi said on Thursday, adding, "So, it is time that foreign forces pulled out of the region."

Back in August, Iran's defense chief warned that a United States-proposed coalition, which Washington claims would seek to beef up maritime security in the Strait of Hormuz, will foment insecurity in the region.