TEHRAN, Nov 21_Tehran has summoned the Swiss ambassador, whose country represents US interests in Iran, to protest Washington’s interference in the Islamic Republic’s internal affairs. 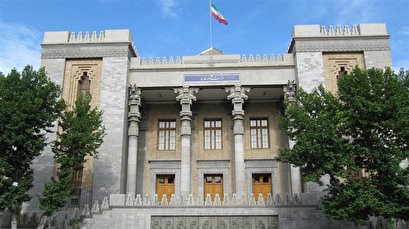 TEHRAN, Young Journalists Club(YJC)_Markus Leitner was summoned to the Iranian Foreign Ministry on Wednesday to receive an official protest note regarding the US’s expression of support for a series of violent riots that hit a number of Iranian cities over the past days, IRNA reported.

Protests erupted in a number of Iranian cities in recent days after a decision by authorities to ration gasoline and substantially increase the fuel price as part of efforts to blunt the effects of US sanctions on the country's economy.

The demonstrations turned violent in some cities, with reports of clashes between security forces and certain elements, who vandalized public property and, on several occasions, opened fire on the crowd.

There have been reports of fatalities among both security forces and civilians amid the unrest that followed the protests.

When the riots broke out, US Secretary of State Mike Pompeo was quick to take to Twitter to support the violent acts of rioters, whom he described as “the people of Iran.”

Separately, the White House released a statement on Sunday, supporting "the Iranian people” in their protests.

Senior Iranian officials slammed the US double interference and double standards regarding the protests.

Foreign Minister Mohammad Javad Zarif condemned as a “disgraceful lie” the US’s expression of support, saying Washington must, before anything, be responsible for waging economic terrorism and perpetrating crimes against humanity in dealing with Iranians.