TEHRAN, Nov 22_There was disappointment in Washington when recent violent riots in Iran that sought to take advantage of protests over a gasoline price hike ended within 48 hours, says deputy commander of the Islamic Revolution Guards Corps (IRGC). 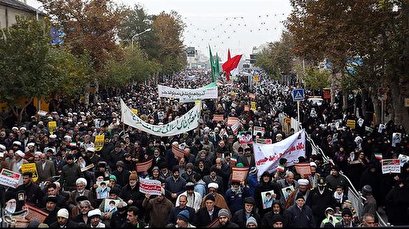 TEHRAN, Young Journalists Club(YJC)_"Based on information we have received, the Americans have gone mad that the riots were over within 48 hours and are disappointed that there is no more disorder in Iran," Brigadier General Ali Fadavi said on Friday.

The government also announced a number of aid and subsidiary programs to protect vulnerable households from the adverse affects of the measure.

The price reform, required by Iranian legislature and essential as US-imposed sanctions seek to deplete Iran's budgetary resources, had been long delayed due to concerns regarding the move's probable backlash.

Speaking on Friday, however, Fadavi said that in numerous calls with other IRGC officials in the country no further riot attempts had been reported.