TEHRAN, Nov 23_The discovery of the fossilized remains of an ancient primitive snake species suggests rear-legged snakes living during the Cretaceous Period still had a cheek bone. 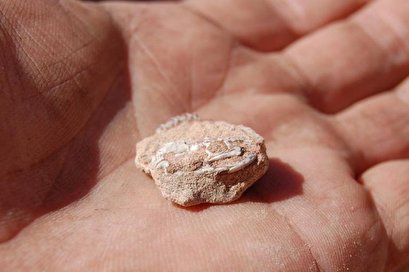 TEHRAN, Young Journalists Club(YJC)_The remains of the rear-limbed snake species Najash rionegrina, unearthed in Argentina, were remarkably well-preserved, revealing the presence of a type of cheek bone called a jugal bone that is absent in most modern snake species.

Researchers used micro-computed tomography to image the well-preserved fossil and identify its unique components. In addition to the novel jugal bone, scientists observed the pathways of nerves and blood vessels inside the snake.

"Our findings support the idea that the ancestors of modern snakes were big-bodied and big-mouthed -- instead of small burrowing forms as previously thought," Fernando Garberoglio, lead study author and a researcher with the Center for Natural, Environmental and Anthropological Sciences at Maimonides University in Buenos Aires, said in a news release. "The study also reveals that early snakes retained their hind limbs for an extended period of time before the origin of modern snakes which are for the most part, completely limbless."