TEHRAN, Nov 23_A pregnant Muslim woman who was targeted in a vicious attack while sitting in a cafe in Sydney says she fears for the world children will grow up in if racism is not addressed. 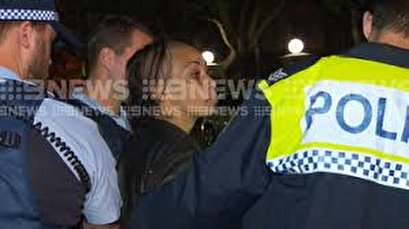 TEHRAN, Young Journalists Club(YJC)_Rana Elasmar, a 31-year-old woman 38 weeks pregnant, was with her friends at a cafe in Parramatta on Wednesday night when a man approached her table.

CCTV footage showed the man having a brief conversation with the group before he began punching the victim several times and stomping on her head when she eventually fell to the floor.

After Elasmar was released from Westmead Hospital, where she was taken for observation and assessment of her unborn child, she posted a message on Facebook saying the incident wasn't the first time she had experienced racism, but was still shocked her attacker could be so cruel.

She noted that members of the Muslim community were familiar with being on the receiving end of Islamophobia.

"I was born and raised in Sydney, Australia. I am a Muslim," Elasmar said.