CIA dirty hands all over the violence in Hong Kong: Analyst

TEHRAN, Nov 24_The US Central Intelligence Agency (CIA) “dirty hands” are “all over the violence” in Hong Kong, which has been gripped by protests, rocking the autonomous Chinese city, says a political analyst. 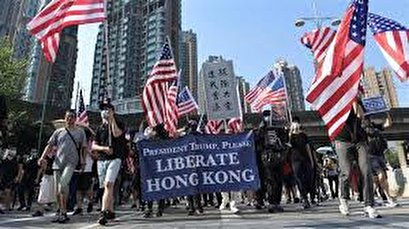 TEHRAN, Young Journalists Club(YJC)_Stephen Lendman, an author and a radio host in Washington, made the remarks in an interview with Press TV when asked about Chinese Foreign Minister Wang Yi who Saturday lashed out at the United States over its one-sided approach to world politics and its adversarial attitude towards Beijing.

Wang said Washington has used its domestic law to "crudely interfere" in China's internal affairs, trying to damage "one country, two systems" -- Beijing's reference for the ruling mechanism it applies to Hong Kong -- and compromise the Chinese region’s stability and prosperity.