TEHRAN, Nov 65_China’s Foreign Ministry has summoned United States Ambassador to Beijing Terry Branstad to protest the passing in the US Congress of a bill related to Hong Kong and to demand an end to American meddling in the country’s internal affairs. 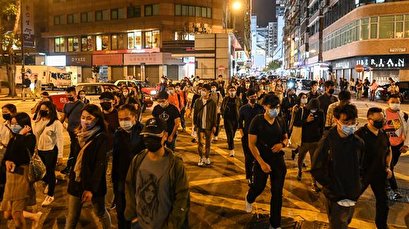 TEHRAN, Young Journalists Club(YJC)_On Wednesday, the US House of Representatives voted 417 to 1 to approve the so-called Hong Kong Human Rights and Democracy Act, which had been unanimously passed by the Senate the day before. President Donald Trump is now expected to sign that bill and another one related to Hong Kong into law.

If signed into law, the Hong Kong Human Rights and Democracy Act would require the US government to impose sanctions against Chinese and Hong Kong officials allegedly responsible for human rights abuses in Hong Kong. It would also require an annual review to certify Hong Kong’s autonomy to continue enjoying special trade privileges by the US.

In a notice posted on its website on Monday, the Chinese Foreign Ministry said Vice Foreign Minister Zheng Zeguang had told Ambassador Branstad that Washington had “to correct its errors and stop meddling in Hong Kong affairs and interfering in China’s internal matters.”

Hong Kong has been engulfed by mass protests since June. The public display of anger initially came in opposition to a controversial extradition bill. The proposal was shelved, but the protests have continued and taken on an increasingly violent form, with masked individuals vandalizing public and private property and attacking security forces and government buildings.