TEHRAN, Nov 26_ A Palestinian prisoner, who was suffering from cancer, has died in Israeli custody, in what the Palestinian Authority has slammed as yet another “clinical killing” by the regime amid reports that he was denied adequate medical care. 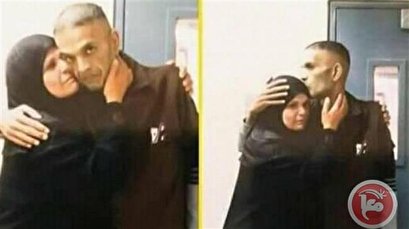 TEHRAN, Young Journalists Club(YJC)_The Palestinian Authority’s Prisoners Affairs Commission said in a statement that Sami Abu Diyak, 37, from the northern West Bank town of Silat ad-Dhahr, had died in the Israeli Asaf Harofeh hospital on Tuesday morning as a result of “the policy of deliberate and systematic clinical killings by the (Israel) Prison Services.”

The commission said a state of alert has been declared in Israeli jails amid fears of protests over Abu Diyak’s death.

According to the Palestinian Wafa news agency, Abu Diyak’s death brings to 222 the total number of Palestinian prisoners who have died as a result of medical negligence since 1967.

Prior to the prisoner’s death, his family and the Palestinian Authority had demanded his release, but Israeli officials had denied the request.

The Palestinians had also reached out to European countries and the Red Cross to put pressure on Israel to secure Abu Diyak’s release.

He was detained in July 2002 and sentenced to triple life terms plus 30 years, of which he had spent 17 years behind bars before his death.