TEHRAN, Nov 27_Three African American men from Baltimore who spent 36 years in prison were exonerated on Monday of the 1983 murder of a teenage boy who was shot dead over a jacket. 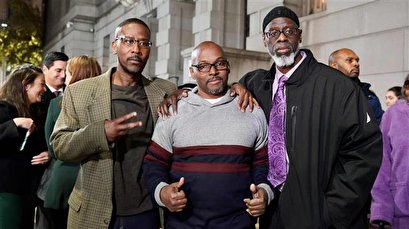 Duckett was shot in the neck inside his school and had his Georgetown University jacket stolen. It was the first fatal shooting of a student in a Baltimore public school and drew widespread press attention at the time.

"These three men were convicted, as children, because of police and prosecutorial misconduct," Baltimore state's attorney Marilyn Mosby said after the three were formally exonerated by a city circuit court judge and released from prison.

"What the state, my office, did to them is wrong," Mosby said. "They deserve so much more than an apology. We owe them real compensation -- and I plan to fight for it."

In a statement, the state's attorney office said "detectives targeted the three men, all 16-year-old Black boys, using coaching and coercion of other teenage witnesses to make their case."