TEHRAN, Nov 29_Iran Navy's commander says the force will soon be flying sophisticated unmanned aerial vehicles from its warships, saying the new gear will be even more versatile than the Navy's current lineup of drones in terms of range and other technologies. 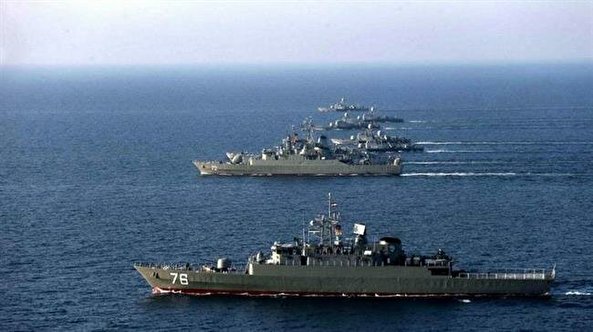 TEHRAN, Young Journalists Club(YJC)_"Today, the Navy's warships are equipped with drones that have a range of 200 to 1,000 kilometers, but all the flight and intelligence limits will fade away once the new drones arrive," Rear Admiral Hossein Khanzadi told a gathering of Navy personnel and their families on Thursday.

Pointing to the force's great strides in expanding its aerial and naval capabilities, Khanzadi said the seamen were working round the clock to upgrade the equipment and that "we will soon witness the addition of long-range drones aboard our warships."

Khanzadi told Tasnim News in an interview that the Navy has successfully tested the second prototype of its first jet-powered drone named Sejjil, which is being designed and developed in coordination with the Defense Ministry.

The twin-engine UAV has a top flying speed of 1,000 kilometers per hour and can carry several bombs that can hit targets at a range of 100 kilometers, the commander said.

Rear Admiral Khanzadi noted that the whale-shaped Sejjil is designed to be launched from the sky deck of Iranian warships and parachutes to the water after completing its mission, where naval forces are ready to collect it.