Trump cancels NATO presser after being mocked by Trudeau 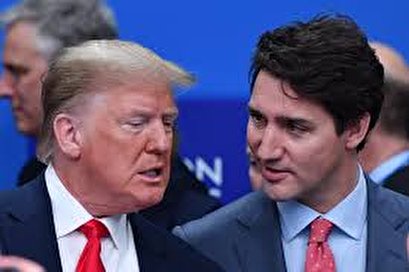 TEHRAN, Young Journalists Club(YJC)_Trump took to Twitter Wednesday to call off the press conference he was scheduled to hold for the North Atlantic Treaty Organization’s 70th anniversary meeting in London.

“When today’s meetings are over, I will be heading back to Washington,” he said. “We won’t be doing a press conference at the close of NATO because we did so many over the past two days. Safe travels to all!”

Great progress has been made by NATO over the last three years. Countries other than the U.S. have agreed to pay 130 Billion Dollars more per year, and by 2024, that number will be 400 Billion Dollars. NATO will be richer and stronger than ever before....

In response to Trudeau’s comments, Trump called him “two-faced” and “a very nice guy” simultaneously.

“He’s two-faced,” Trump said. “I find him to be a very nice guy but the truth is I called him out on the fact that he’s not paying 2 percent and I guess he’s not very happy about it.”