TEHRAN, Dec 7_A senior official of the Lebanese Hezbollah resistance movement says the United States and the Israeli regime are the main beneficiaries of the anti-government protests in his country, warning that Lebanon is on the brink of financial collapse. 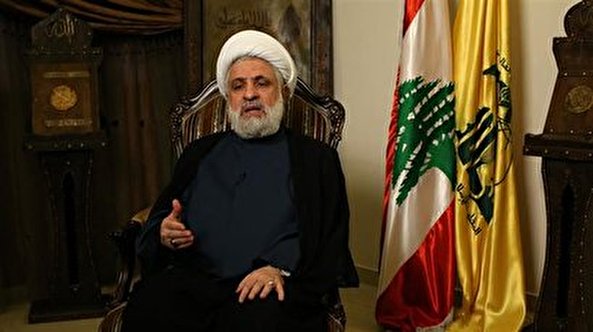 TEHRAN, Young Journalists Club(YJC)_The (Lebanese) government must be formed in order to avoid such a collapse. There are parties that are working to harm Lebanon, especially the United States of America and State Secretary Mike Pompeo, who would not like to see Hezbollah as part of the Lebanese government or even in the country’s political arena,” Hezbollah Deputy Secretary General Sheikh Naim Qassem said in an exclusive interview with BBC Arabic radio station.

He added that “Hezbollah is part of this people (Lebanese nation),” calling on Washington to put an end to its interference in Lebanon’s domestic affairs.

Sheikh Qassem stressed that Hezbollah does not pay heed to the attitudes of the US and Britain, as his movement only focuses on how the Lebanese view the resistance movement.

“For our people, Hezbollah means a resistance movement that liberated their land, and represents people who are working to serve the interests of the nation and build the future of people. America, Britain and the occupying, aggressive and criminal Israeli regime have taken politically-motivated positions against Hezbollah and put the movement on terror lists. This does not mean that they are right,” the senior Hezbollah official pointed out.