TEHRAN, Dec 14_Iran has described as an act of “sabotage” drugs intentionally inserted in various Iranian confectionery products, saying its food industry was targeted in a bid to spread “terror.” 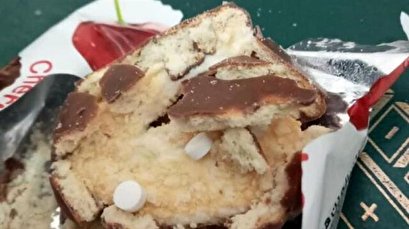 TEHRAN, Young Journalists Club(YJC)_The remarks by the country's Food and Drug Organization spokesperson, Kianoush Jahanpour, came on Saturday after inserted drugs had been found in the products of up to 12 Iranian confectionery brands.

“It’s the standing of the whole food and confectionery industry that has been targeted as one of the country’s excelling industries,” he said.

Jahanpour added the drugs had "not undergone any changes in their color and composition, signaling that the drugs were placed in various packages after production and during distribution stages.”

No narcotics or rumored aluminum phosphide tablets have been found inserted in any of the products, the spokesperson noted.

“Most of the examined drugs have been household drugs such as acetaminophen, brufen, cetirizine, hydroxyzine, metoclopramide and even empty blister packs.”