Iran: Ukrainian plane brought down 'due to human error'

Tehran 11 January_Iran says a Ukrainian plane which crashed outside Tehran this week had flown close to a sensitive military site and been brought down due to human error "at a time of crisis caused by US adventurism." 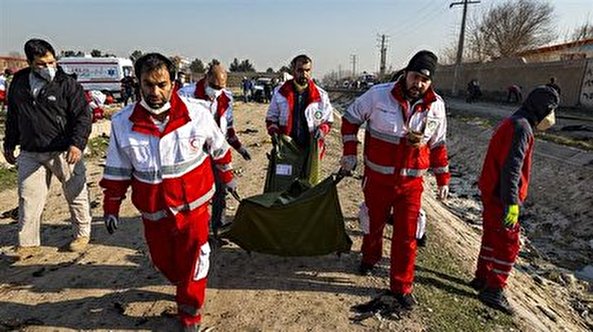 TEHRAN, Young Journalists Club(YJC)-In a statement issued on Saturday, the General Staff of the Armed Forces of the Islamic Republic of Iran said that at the time of the incident, the forces had been on the highest alert.

All 176 people on the Ukraine International Airlines (UIA) flight died in the crash this week just after take-off from Tehran on a flight to Kiev.

"The Islamic Republic of Iran deeply regrets this disastrous mistake," President Hassan Rouhani wrote on Twitter. "My thoughts and prayers go to all the mourning families. I offer my sincerest condolences."

Foreign Minister Mohammad Javad Zarif offered Iran's "profound regrets, apologies and condolences to our people, to the families of all victims, and to other affected nations."

"A sad day. Preliminary conclusions of internal investigation by Armed Forces: Human error at time of crisis caused by US adventurism led to disaster," he tweeted.