Tehran 12 January_US Rep. Doug Collins regrets saying Democrats are "in love with terrorists" after some of them criticized President Donald Trump's decision to authorize the killing of an Iranian general. 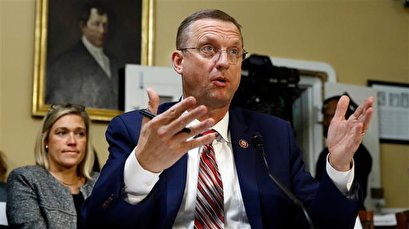 TEHRAN, Young Journalists Club(YJC)-"Let me be clear: I do not believe Democrats are in love with terrorists, and I apologize for what I said earlier this week," Collins wrote on Twitter.

"So this gentleman has apologized for that statement," Scalise concluded. "I just want to point that out."

There were some Democratic lawmakers who responded to Collins with gratitude.

"Thank you for your apology, Rep. Collins, and thank you for your service," US Rep. Seth Moulton of Massachusetts said in a Twitter reply. "All of us who have served know that even in these politically divisive times, we need to do better."

But some of Collins' followers on the social media site weren't so charitable. Several pointed out that the Gainesville Republican appeared on Fox News Friday morning and stood by his statements despite several opportunities to walk them back.

Collins' office did not respond to questions about whether he planned to apologize more directly to Democratic colleagues or return to Fox News to retract his statements in the same venue he made them.

"Say it on Fox or it didn't happen," Democratic strategist Adam Parkhomenko said on Twitter.

In his five-tweet thread, Collins said the comments he made on Fox News Wednesday night were in reference to a question about Democrats introducing a resolution to limit Trump's ability to take further military action against Iran. That resolution was approved Thursday mostly along party lines, although it is not binding.

Collins said his passion came from his own military service, including a stint in the Middle East as a chaplain for the Air Force Reserve, but his statements were inappropriate.