Trump repeats Syria intention: US troops are taking the oil

Tehran 12 January_US President Donald Trump has once again revealed his intention to take possession of Syrian oil in what is seen by experts as a move that would amount to a war crime. 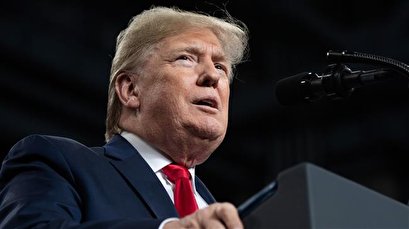 TEHRAN, Young Journalists Club(YJC)-Defending his decision to leave some American troops in the war-torn country, Trump told Fox News Friday night that “they say he left troops in Syria... do you know what I did? I took the oil.”

“The only troops I have are taking the oil, they are protecting the oil,” Trump said, prompting the interviewer, Laura Ingraham, to try to correct him by saying the soldiers were there to guard the facilities. But the president cut her off.

Trump has before too publicly mused about stealing Syria’s oil reserves.

In October, after ordering the withdrawal of American forces from Syria, Trump said he wanted a US oil firm to go to the Arab country to tap its oil.

“What I intend to do, perhaps, is make a deal with an ExxonMobil or one of our great companies to go in there and do it properly,” he said back then.