Tehran 13 January_US Secretary of Defense Mark Esper has made remarks that clearly contradict earlier comments by President Donald Trump who alleged Iranian top commander Qassem Soleimani had been plotting attacks against four US embassies before he was assassinated in an American airstrike. 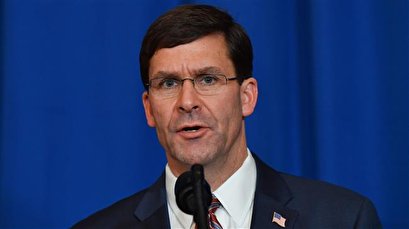 Speaking on Fox News Friday, the US president alleged that “four embassies” would have been targeted if the US had not carried out the operation, but failed to provide any details to substantiate his claims.

“We will tell you probably it was going to be the embassy in Baghdad,” Trump claimed. “I can reveal that I believe it would have been four embassies.”

Commenting on Trump’s remarks, however, Esper told CBS’s Face the Nation Sunday that he had not seen any specific piece of  evidence that would suggest those attacks were in the making.

“I didn’t see one with regard to four embassies,” he said when asked if there had been any tangible threat prior to the US airstrikes.

In a separate interview with CNN’s “State of the Union” on Sunday, Esper appeared to be cautiously supporting Trump’s view that Iran had been planning attacks against multiple embassies.