Tehran 14 January_Three prominent international NGOs have boycotted meetings that Saudi Arabia is holding with civil society groups ahead of the annual Group of Twenty (G20) Summit, saying the Riyadh regime is trying to “whitewash its dire human rights record” by hosting such events. 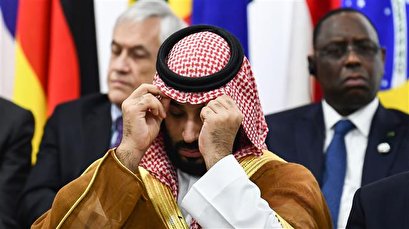 TEHRAN, Young Journalists Club(YJC)-In a joint statement issued on Monday, human rights group Amnesty International, anti-corruption body Transparency International, and the global alliance of civil society organizations and activists known as CIVICUS said they would not take part in the dedicated meetings for civil society within the G20, known as the Civil 20 or C20.

“As leading civil society organizations present in most countries around the world (but notably not Saudi Arabia), we cannot participate in a process that seeks to give international legitimacy to a state that provides virtually no space for civil society, and where independent civil society voices are not tolerated,” read the statement.

In December 2019, Saudi Arabia took over the presidency of the G20 — the group of 19 of the world’s largest economies along with the European Union.

This year’s G20 Summit is planned to be held in Riyadh in November. This week, the kingdom is holding C20 meetings with civil society groups.

The NGOs boycotting the C20 said Saudi Arabia has “recruited expensive Western PR advisers and spent millions of dollars” in an attempt to polish its image and suppress criticism from international media.

“Instead of real reform, the Saudi government has been trying to whitewash its dire human rights record by holding major international events in the country. This includes the G20,” they said.